After the despondency of Thursday, there was a significant snap back in stock indices and commodity prices yesterday after a last minute deal at the EU summit in Brussels to reduce the debt burden on Spain and Italy. The €440bn European Stability Mechanism (ESM) will be able to directly give loans to banks and buy sovereign debt bonds. In addition, loans to Spanish banks will not have senior creditor status which means that Spanish sovereign debt will not be subordinate to the bail out cash which was a key concern for European bond investors. The Irish bail out terms were also softened in line with Spain and importantly a €120 billion growth promotion package was also agreed to try and kick start the ailing European region.

In return for these concessions the Germans got agreement for a new system of European banking supervision via the European Central Bank, (ECB) which is a key first step towards a full banking union. 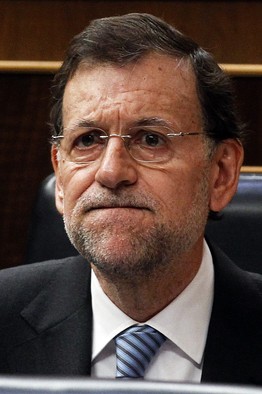 The deal was finanally done in the early hours of Friday morning with Italian Prime Minister Mario Monti, Mariano Rajoy, the Spanish Prime Minister and French President Francois Hollande locking horns with Germany’s Chancellor Angela Merkel to agree to some sort of compromise. Merkel’s move to start discussions on full banking and fiscal union was a key condition to allow the ESM cash to be used to sort out Europe’s ailing banks and reduce anxiety back in Germany that tax payers would be on the hook for Italian and Spanish debt. A clear sign that the balance of power in Europe is shifting following the election of President Hollande which upset the cosy Merkel/Sarkozy consensus on European fiscal policy.

All the stock indices, gold and oil ended the second quarter in negative territory, in contrast to the stellar gains in the first quarter of 2012. In particular was the contrast between Q2 in the Nasdaq Xomposite relative to Q1 which was driven predominantly by Apple.

So the EU summit has done the trick with yet more cash for bail outs and stimulus. In effect, the can has been kicked down the road once more…”we’ll worry about it later” seems to be the mantra. Even Germany seems to be recognising that their economy is at risk if the eurozone disintegrates or growth in the region becomes even more anaemic. There will come a day when the Chinese want fewer BMW’s and Mercedes Benz’s!

The key will now be the second quarter earnings season which kicks off with aluminium giant, Alcoa on July 9th 2012. After strong outperformance in quarter one by corporate America, all eyes will be on these new numbers to assess the strength of not only US activity but also global demand.