HOME > Latest > An examination of the Greek exit from the euro…

Returning to a national currency after more than a decade of using the euro and having its money managed by the European Central Bank would catapult Greece into a financial, legal and political no man’s land.

Countries have defaulted, devalued, or even withdrawn from a broader monetary union in the past. But none has done it all at once—and certainly not an economy so deeply integrated into global financial markets.

Greece would have to remake its monetary system and rebuild its economy after a likely sharp devaluation that would have delivered a severe confidence shock to the population, undermined its banks and triggered likely defaults on debts to foreigners.

The consequences of an exit from the euro for Greece and the rest of Europe would likely be so tumultuous that policy makers have been reluctant even to speculate on how it could work. And even though the taboo of mentioning a euro exit has fallen away in recent months, going back to the drachma would likely be messy, with many steps having to be improvised overnight. 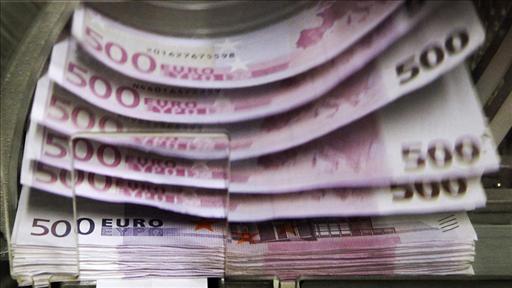 Does the euro still have a purpose? With the possibility of Greece leaving the euro-zone, Alen Mattich explains the arguments for and against a single currency.

Returning to a national currency after more than a decade of using the euro and having its money managed by the European Central Bank would catapult Greece into a financial, legal and political no man’s land. Charles Forelle and Simon Nixon discuss.

Until recently, policy makers usually smothered any questions on a potential euro exit with a simple answer: It’s impossible to leave the common currency under European Union law. There is no provision in the EU treaties for exiting the euro zone without also dropping out of the broader 27-country bloc.

Leaving the EU would also mean an end to billions of euros in farm and development subsidies, as well as easy access to a large internal markets—a threat that Austrian Finance Minister Maria Fekter voiced Monday.

“It’s impossible to leave the euro zone—one can only leave the European Union,” she told reporters at a meeting with her counterparts in Brussels. “After that, Greece would have to apply for re-accession and we would hold accession talks and look very closely whether Greece actually fulfills the accession requirements.”

Ms. Fekter’s comments reflect mounting frustration in some European countries with Greece, but also the idea that if a clear exit route is established, other countries may be encouraged to take the same course.

“Too much policy clarity on the questions raised by a Greek exit could be counterproductive,” says Mujtaba Rahman, an analyst with Eurasia Group. “If too smooth a pathway were designed, it could encourage other struggling sovereigns to contemplate a similar fate in the medium to longer term.”

On the other hand, making things difficult could heighten the strains on the Greek economy, and increase the economic fallout on other members of the EU. “It would be in the interest of the others to make sure that things aren’t absolutely dreadful,” says Roger Bootle, managing director of Capital Economics in London, who has written a 150-page paper on the practicalities of a Greek euro exit.

International Monetary Fund Managing Director Christine Lagarde on Wednesday said the fund had conducted a technical assessment of a possible Greek exit from the euro zone, and warned it would be “extremely expensive.”

Meanwhile, some European legal experts have come up with work-arounds for the lack of a euro exit clause under EU law.

Euro Zone by the Numbers

The 17-nation euro zone is a collection of countries with vastly different economic profiles. See how they stack up on the major measures. 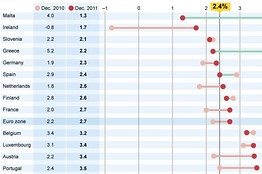 Key Players in the Debt Crisis

For instance, citing a fundamental breach of the euro’s basic criteria like debt and deficit levels, the euro zone could engineer a “reversed entry” into the currency union, turning Greece into a “member state with a derogation,” says Alexander Türk, a law professor at King’s College London. That would group Greece with countries like Sweden, which legally are required to adopt the euro but put off that process by deliberately failing to fulfill core requirements.

“If it’s politically opportune, then lawyers will find a way to make it happen,” says Mr. Türk.

Greece would need to keep its decision to exit a secret as long as possible to avoid even more money fleeing the country. Ordering new drachma notes could take months and could leak, encouraging Greeks to increase euro withdrawals from banks, accelerating the exit timetable.

The actual switch could happen over a long weekend, during which banks and automated teller machines would be shut and other capital controls would be enforced. Bank accounts would be converted from euros to new drachmas, and domestic debt and other contracts would change to the new currency.

For simplicity’s sake, the internal conversion rate should be one-to-one, Mr. Bootle says. Foreign-exchange markets would take care of devaluing the drachma relative to other currencies.

Economists say that to become competitive, Greece needs to devalue by at least 40%. That means imports such as oil or cars would become almost twice as expensive, while a German could vacation on Crete for half the price. “At a stroke, Greece can lower its real exchange rate and therefore be more competitive,” Mr. Bootle says.

But many pitfalls await before Greece would find itself in that position. Even stripping out debt and interest payments, the Greek state is not taking in enough taxes to pay its bills. That means it either has to cut pensions and other benefits more quickly than under its bailout program or print more money. The latter option would risk fueling inflation already high from increases in import prices—eliminating some of the benefits of devaluation.

Debt contracts denominated in euros would suddenly be a bigger burden to repay, raising the likelihood of defaults to foreigners by companies and banks. It would also raise questions about whether the country could service its recently restructured bonds and bailout debts it owes other governments and the IMF.

The economic disruption would likely pummel Greece’s private sector, with companies having to renegotiate contracts with businesses abroad.

“In the short term, everyone would be suffering,” Mr. Wolff says